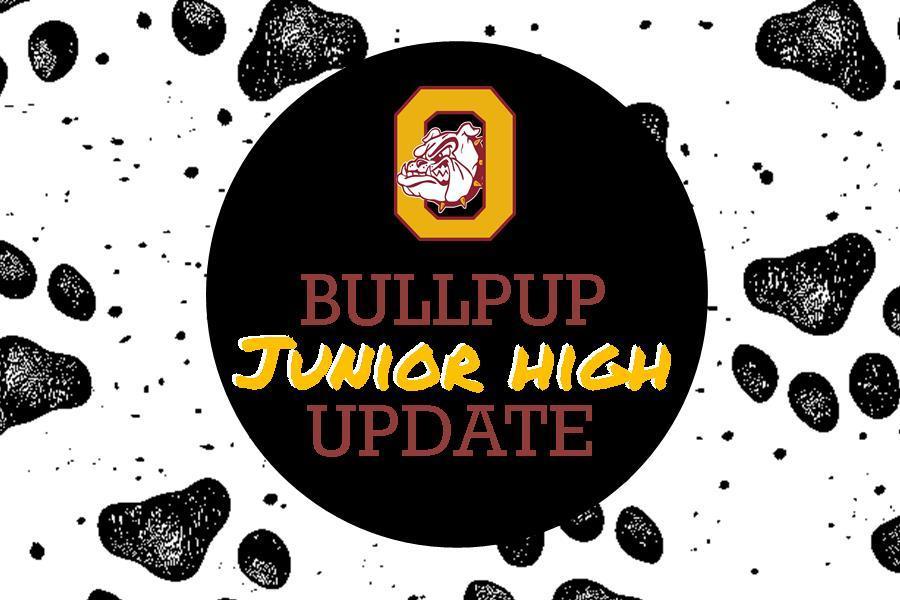 During round five, Osborne’s teams competed against one another twice due to a team not attending the meet. The OJH eighth graders won the top and bottom of the round, 80 - 20 and 50 - 40, respectively, over the local seventh grade team. Against Beloit in round six, OJH suffered their lone loss in pool play, 45 - 50. Guttery scored four and Poore added one in the round. The team’s final round against Glasco resulted in a 70 - 30 victory. Guttery led in scoring with four, K. Kendig added two and William one.

With the eighth grade team’s 5-1 win/loss record, they garnered first place in the White pool. Going into semifinals, OJH played Southeast of Saline first and won 75 - 60. Guttery scored four, K. Kendig three and Poore one for the semifinal win. The team moved on to play St. John’s 1 in the finals round, but lost the round 35 - 85. Guttery was the lone scorer for the team with four correct answers. St. John’s 1 took first place in the meet followed by Osborne with second and Southeast of Saline with third.

On the seventh grade side of competition, Osborne first played Rock Hills and lost 30 - 60 with evenly shared scoring of one apiece from A. Kendig, Carlin and Lutters. During the next round, the team picked up their first victory over Sacred Heart, 70 - 30. Bertuccelli and Lutters each scored three with A. Kendig adding in one. Round three against Thunder Ridge resulted in an OJH victory, 70 - 55. A. Kendig scored three, Bertuccelli two and Lutters and Carlin each added one apiece for the team. Against St. John’s 2 in round four, OJH lost 40 - 60. Bertuccelli scored two with help from Carlin and A. Kendig scoring one each.

Osborne’s teams matched up with each other in round five, but the younger team lost 20 - 80 as Bertuccelli with the lone scorer with two in the top of the round. The younger OJH team also lost during the bottom of the round, 40 - 50, with Bertuccelli scoring two and Carlin and A. Kendig adding one apiece to the effort. Round six with Beloit resulted in an OJH loss, 35 - 55. Bertuccelli scored three and Carlin chipped in one for the team. Against Glasco in the final round of the day, OJH won 70 - 10. A. Kendig was the lead scorer with three, followed by Carlin with two and Bertuccelli and Lutters each with one.

Due to Osborne’s final 3-3 win/loss record in pool play, the seventh grade team did not move on to further competition. St. John’s 1 placed first at their home meet followed by St. John’s 2 in second and Minneapolis in third in the B division.