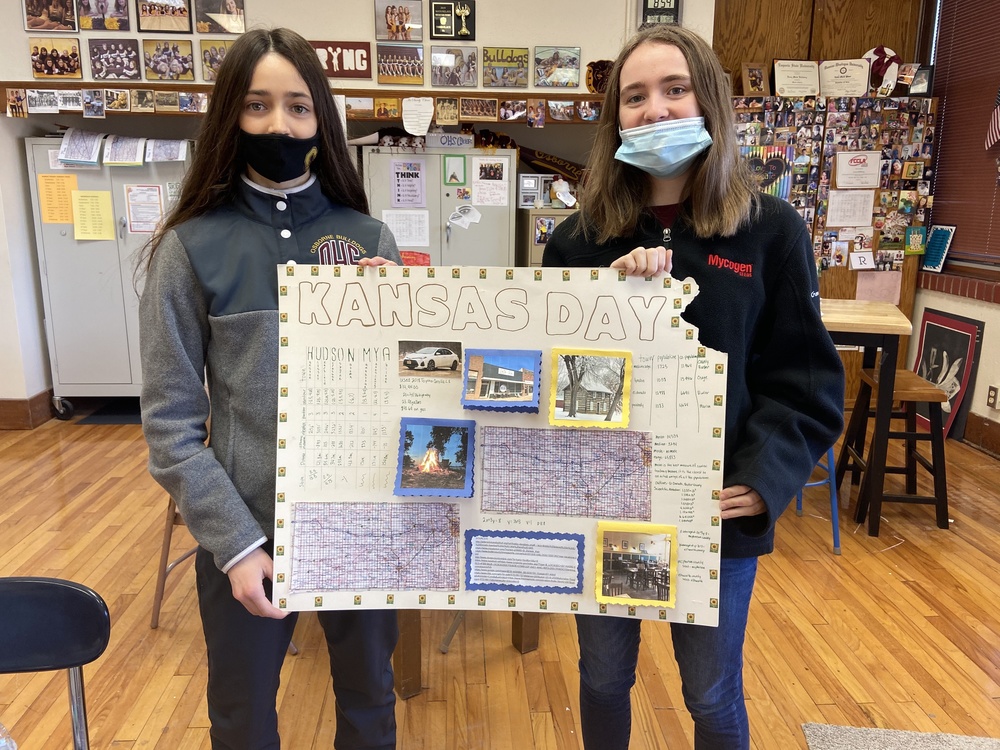 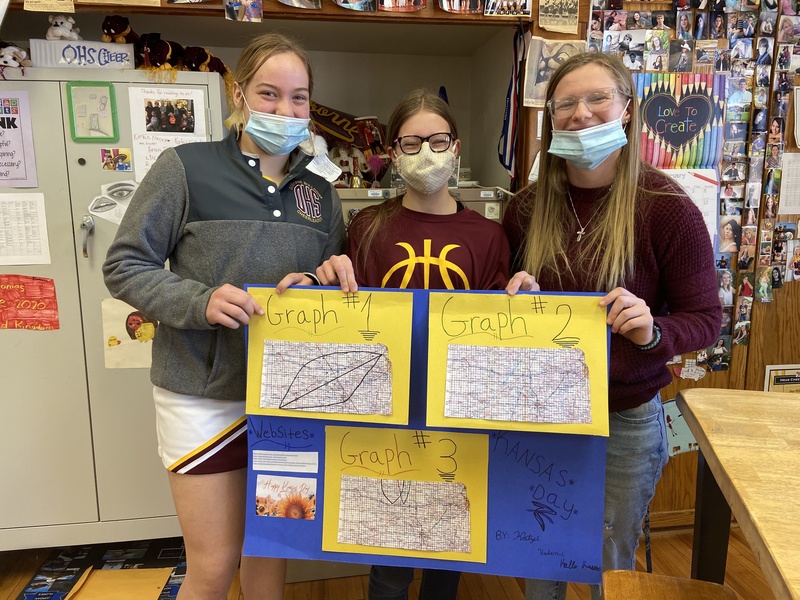 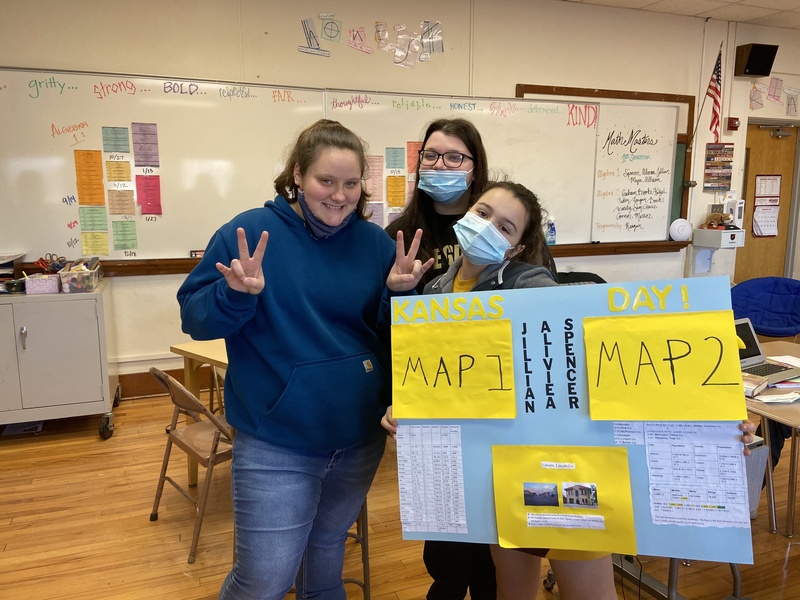 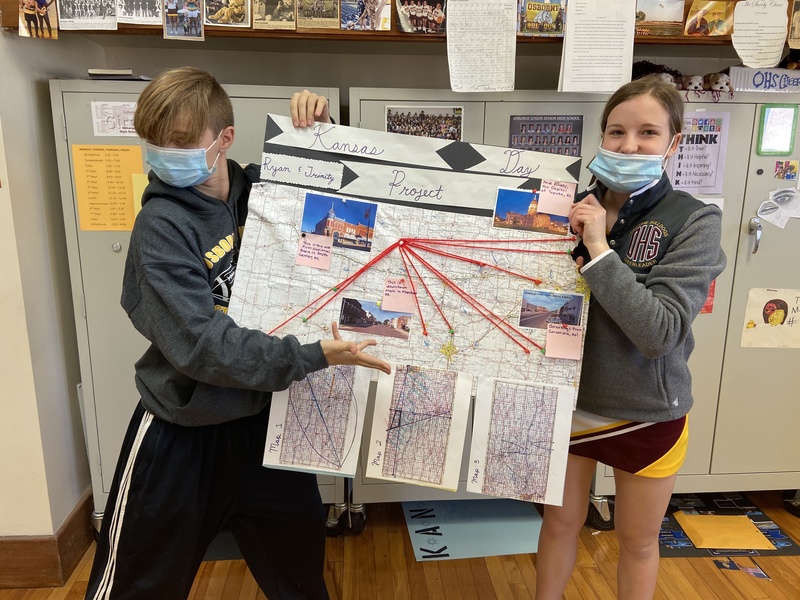 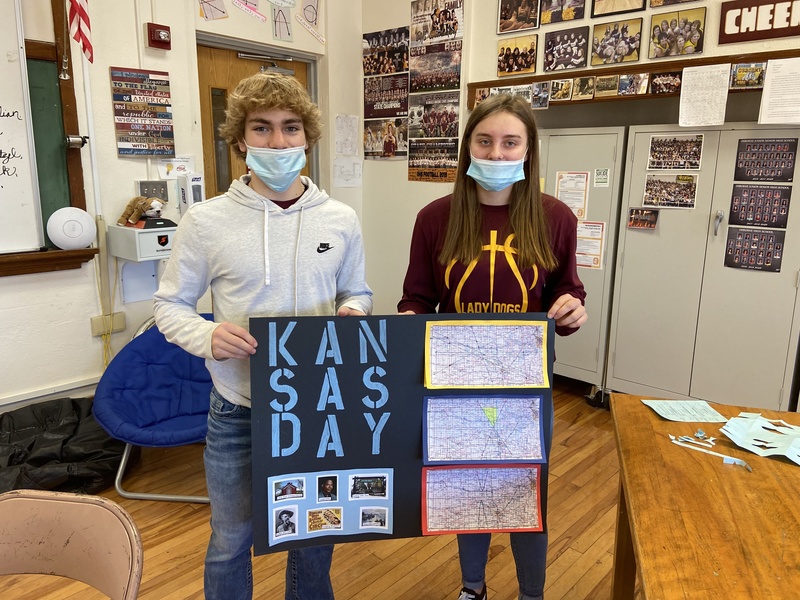 Algebra 1 students first matched a Kansas town with each letter in their first name and plotted these towns on a map layered with a coordinate plane.  They, then, found the coordinates of each town; the quadrants they were located in; and the distances, elevation change, and slopes between each town.  Once they calculated the distances, they chose a vehicle, found it's gas mileage and figured the number of gallons they would need for their total trip, as well as the total cost for gas. 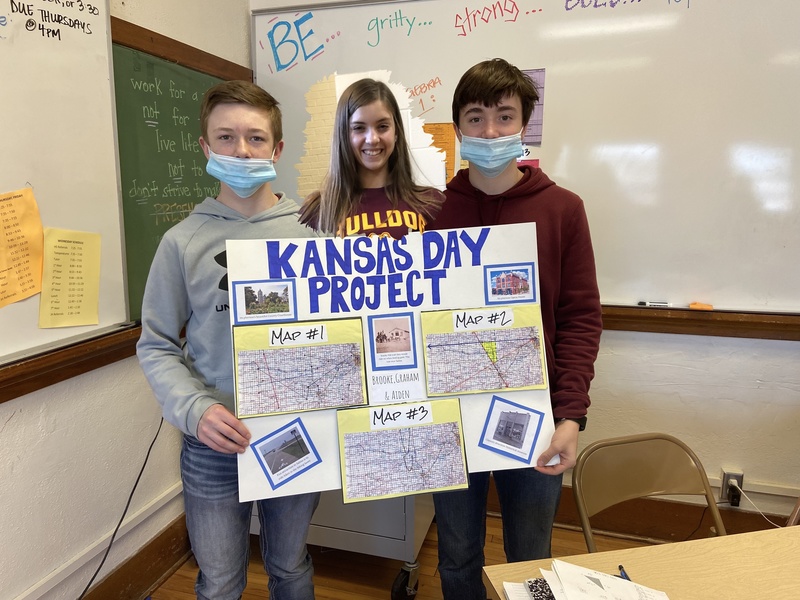 From there, they created four linear equations and graphed them on the map.  After choosing a town that their lines went through, they researched historical facts, notable figures, and famous attractions from each town.  They found the town and county's populations, wrote them in scientific notation, and also used them for data analysis (mean, median, mode, range, outliers).  Lastly, they looked for any x- or y-intercepts on their graphs and determined the counties and county seats from those coordinates. 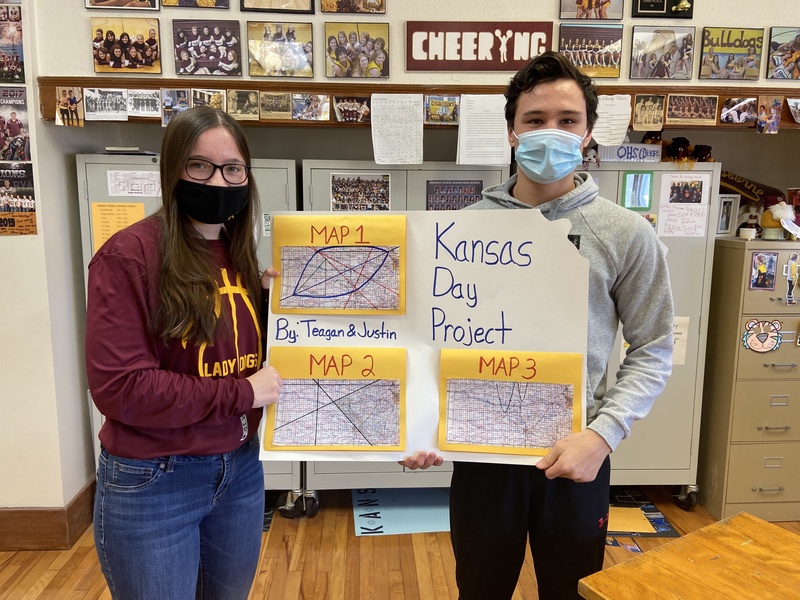 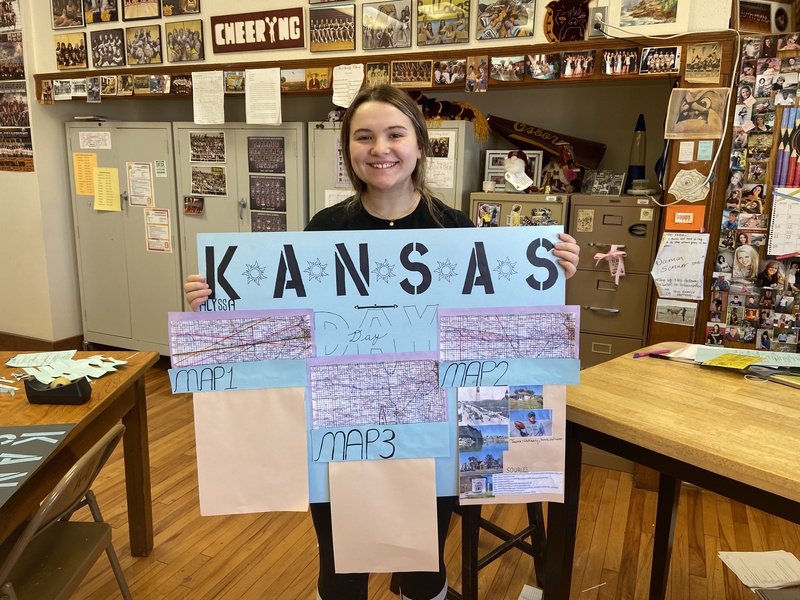 Algebra 2 students started their projects similar to Algebra 1, as they, too, matched and plotted Kansas towns for each letter of their first names.  From there, they determined the correlation of the data and figured the line of best fit, both by hand and by calculator.  They, then, drew five lines connecting towns.  Using those lines, they converted the lines into  slope intercept, point slope, and standard forms; found their distances using Pythagorean Theorem and Distance Formula; and found actual distances using scale measurements. 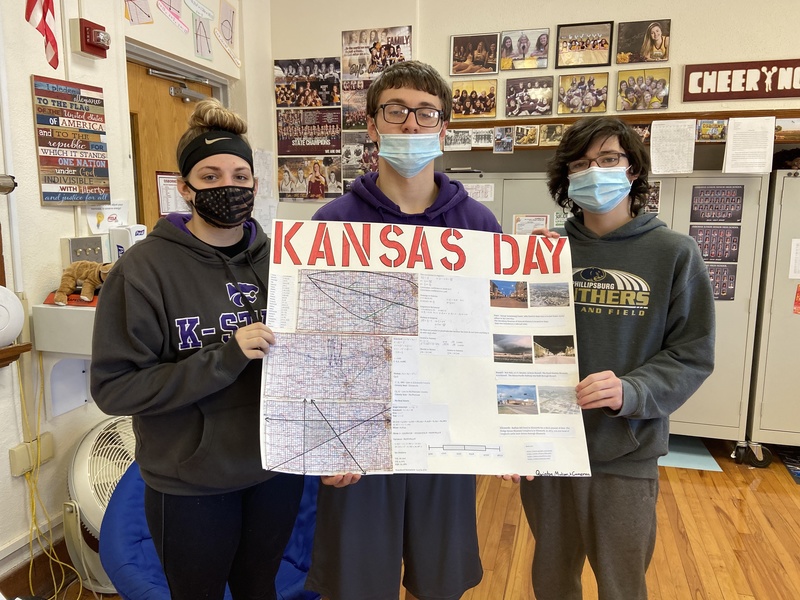 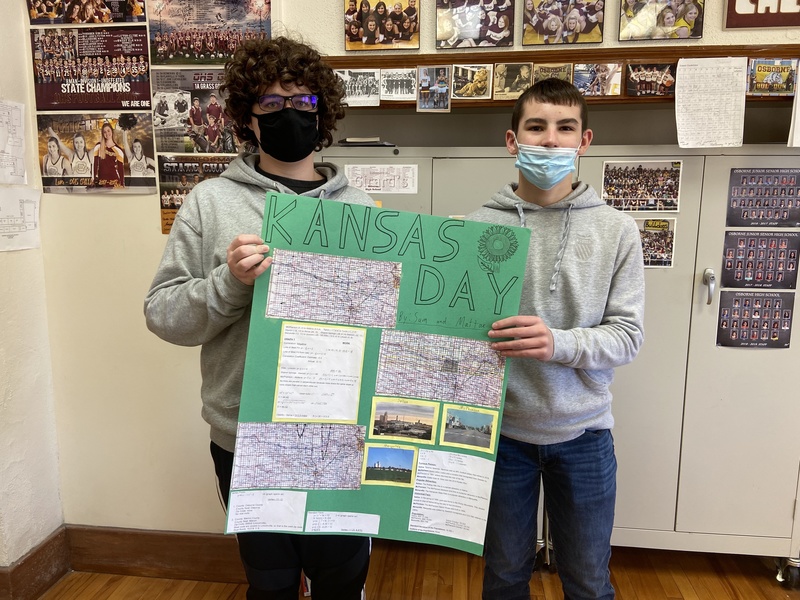 Next up for the groups was to create and graph a system of linear inequalities.  Once graphed on the map, students chose 3 towns in the shaded region to research like the Algebra 1 students.  They also found the population of the towns and their counties, however, they used the data to find the standard deviation and outliers.  Their last task was to create and graph  two quadratic equations, identify the counties and the county seat where their vertices were located, and identify any real roots along with the zip codes from those coordinates. 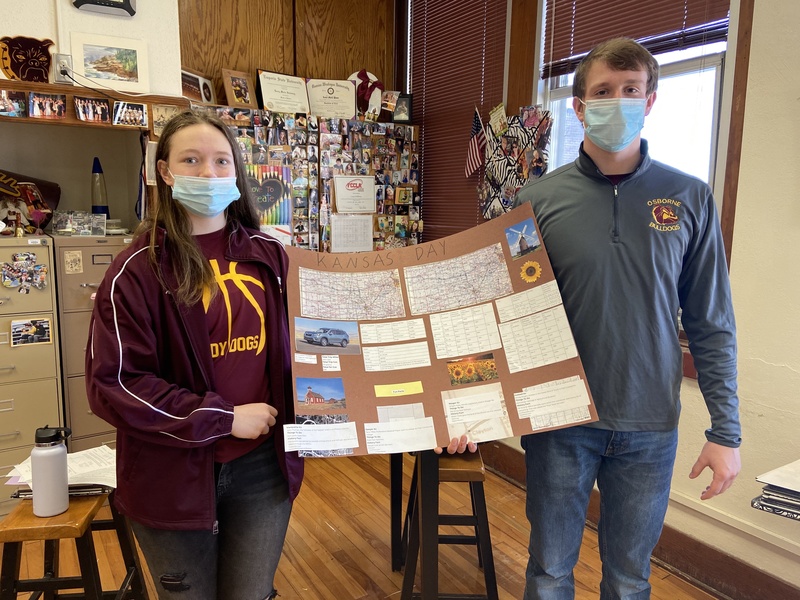 Once all the classes had their rough drafts completed, the students organized their work on poster boards that will be hung in the hallways at OHS!   Mrs. Holloway was really proud of how the students collaborated throughout this project.  If you see any of these students, ask them what they learned about Kansas throughout their journey! 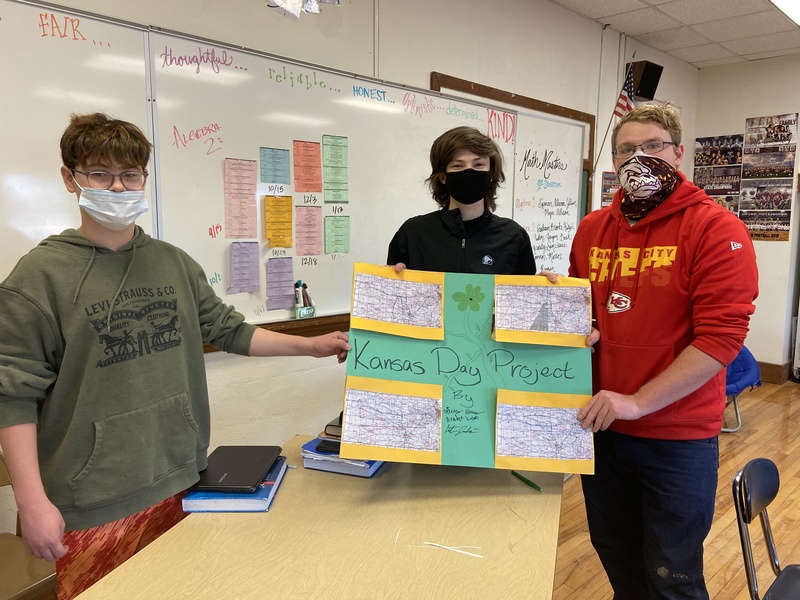 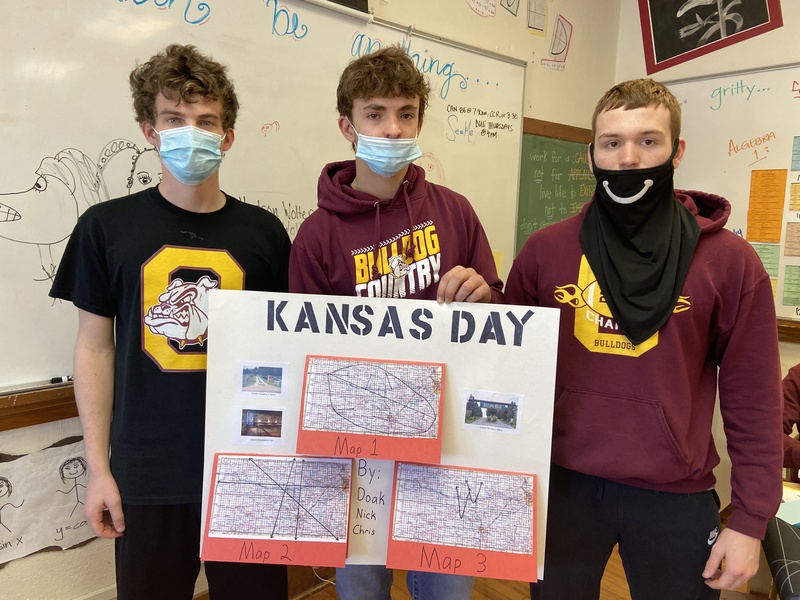 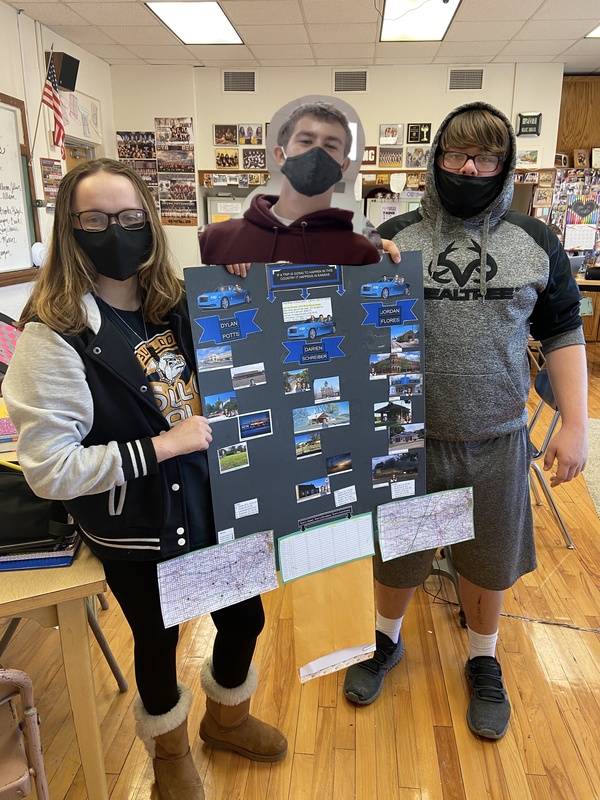