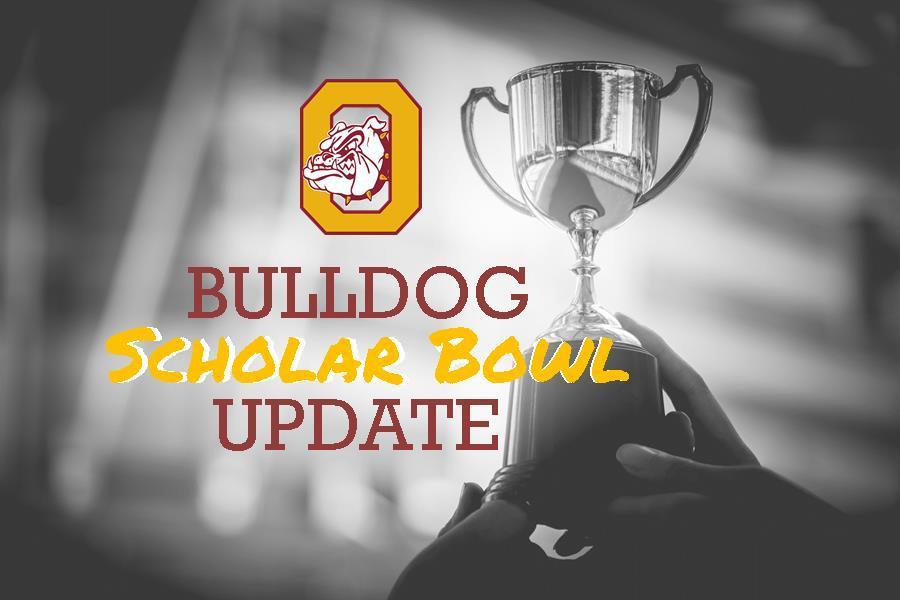 Like so many things which are being done differently due to the corona virus, the OHS Scholars Bowl team competed in a different Scholars Bowl competition.  Saturday, January 9, the team, comprised of Janesa Ellis, Charlie Seifert, Thomas Spurgin, and Katzel Carlin met in the chemistry room of Osborne High for this new event.  Rock Hills hosted this Scholars Bowl via Zoom.

The Osborne team zoomed into five different rooms at Rock Hills High School.  In each Zoom meeting (room) there was a moderator who read the questions.  The team was given 15 seconds, rather than the usual 10 seconds, for each question, and 30 seconds for some of the math questions.  Janesa, the team captain, would raise her hand to give the team's answer for each question. The other new thing is that there was no other team in a round so no buzzer system was needed.  At the end of each set of 16 questions, (a round) the team Zoomed out and then zoomed in using a different Zoom link.  The team earned one point for each correct answer.  At the end of five rounds the points were tallied for each team.  The team with the most points at the end of five rounds won.  The teams could keep track of their scores by going to Google Sheets where  the points were entered.  One other difference in this competition was at the end of five rounds Flint Hills Christian and Minneapolis were tied for first place with 49 points each.  To break the tie each team was given an extra round of questions.   Flint Hills got 11 points and Minneapolis earned 8 points in the tie breaking round.  So Flint Hills took first place, Minneapolis second and Smith Center took third.

The Osborne Team's next Scholars bowl will be a home meet.  We are intending for the teams to come to Osborne for an in person competition.  The date for this next event is Thursday, January 14.  Like so many things that are different with this corona virus we are planning modifications to this event.  One of the major changes is that we won't have any spectators.  We are quite sorry for that.  Alas you can encourage any of the team members, when you see them, to do well at this upcoming event.  Go Dogs!